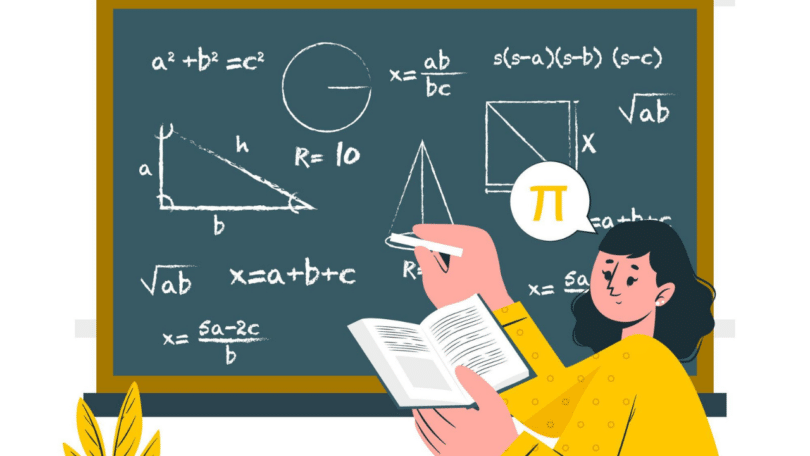 For the past 100 years, many brilliant men and women have been researching and thinking about how we learn number concepts and what are the best ways to teach maths to children and adults.

Two people who studied this puzzle more than most are Constance Kamii and Keith Devlin. While Kamii has demonstrated how young children learn to form number concepts in a process of building hierarchical relationships in their heads, Devlin has shown that many older learners who struggle with numbers don’t have maths, but language problems. Combining their findings and adding to it the work of Jean Piaget, Jerome Bruner and others, we compiled a list containing 10 Rules of learning maths.

We hope that many teachers out there will stumble upon this article to get inspired to change their way of teaching maths — because teaching it, in the traditional sense, is not possible (rule 1). This is because in order to learn maths, children have to do maths where it happens, which is in their heads (rule 2). For the other eight rules and ideas on how to bring maths education out of the 19th, into the 21st century, read on…

The following 10 rules, which are based on decades of research, aim to demonstrate that the standard way to teach children maths is counterproductive, because it focuses on symbols. To be able to think mathematically however, means not to think in symbols, but to learn to think in relationships.

Just like we can’t learn Tennis from watching videos children can‘t learn Maths from reading textbooks or listening to a teacher. Instead they learn maths, by doing maths — ideally with real objects. Because only when they do maths, relationships are constructed right where maths happens — in their heads.

Whatever is on paper is merely a representation of mathematical thinking that happens in the brain. Just like musical notes. What is on paper, is just a representation of music that actually happens when someone plays the piano. To be a good musician, it’s not enough to be able to read the notes, we also need to practice a lot. The same is true for maths — which is why practising mental arithmetic is so important.

This becomes clear when we look at how children learn to understand a number, say 8 – not the symbol 8 but the idea of the quantity of “eight”. To internalize this seemingly simple idea, children need a lot of practice in two skills: First, they need to learn how to create order and then, later on, how to create hierarchical relationships. Let’s look at order first.

As children construct order they count the objects as follows: 1,2,3,4,5,6,7 and 8. As they do that, the number 8 represents the eighth place in the order. In other words, eight always includes 1,2,3,4,5,6,7. The idea of 8 is therefore a hierarchical relationship between the eighth object and all those preceding it. If we don’t learn to do this sort of abstraction by doing lots of maths in our heads, we won’t be able to form a solid foundation for arithmetic.

After building them, children need to learn to break relationships apart again. We can see how hard this is when we present a five-year-old an image of 6 dogs and 2 cats and then ask: “Are there more dogs or more animals?” While most adults, who see the full picture, find this question odd, a 5-year-old typically just answers “more dogs”.

This happens because once the child has to cut the whole into parts for them, at that moment, the whole no longer exists. They have not yet constructed the concept of 8, without thinking of it as a sum of its parts. So when they divide the animals into cats and dogs, all they can think of are two parts of which one looks larger.

The idea of 8 is then forgotten. To also think about all animals, would require two opposite mental actions – first divide the whole and then put it back together – a mental process that most five year old children precisely can’t do. Only by age seven most children can see the whole and keep its abstraction in their heads and still divide the sum in its parts.

As we demonstrated it takes a child a lot of mental training, and hands-on experiences, to form the concept of a number. At the age of five we can build a simple row of eight, later form 8-square then 8-root. Only once we have constructed number concepts inside our heads, we can effectively learn how to express them with images, symbols and language.

100,000 years ago, we used objects to express our mathematical thinking. Later we used images . Around one thousand years ago we began to reduce images to Arabic numerals symbols. In future, we might replace symbols with bits, or express maths in graphic simulations or games. In other words, while maths thinking always happens in our heads, the language that represents our thinking is evolving. Which brings us to rule 9.

We know, for example, that 11-year-old unschooled street vendors are often highly proficient in complex money transactions but incapable of doing paper-and-pencil arithmetic. This phenomenon, known as ‘street mathematics’, shows that when smart kids struggle in school, they often just can’t express their thinking in symbols.  Their brains can do maths, but have language problems.

Just like nobody ever learned to speak a language just by learning the rules of grammar, nobody learns maths by memorizing the rules of how to arrange numbers and symbols in order to find the right answer to a problem. Whenever we do that, we stop constructing fundamental principles inside our heads. To get better and confident, children should be encouraged to find their own path and use their own language to express a solution.

Which brings us back to rule 1: Maths can’t be taught. It has to be constructed. If we want to learn maths, we have to do maths in our heads, ideally with real life experiences. Later we replace the objects with abstractions, such as language, symbols, or whatever the future might bring.

The ideas presented in this article are based on the work of Jean Piaget, Constance Kamii , Keith Devlin, Georgia DeClark and Jerome Bruner, who all contributed immensely to the body of work and research on how children and adults learn maths.